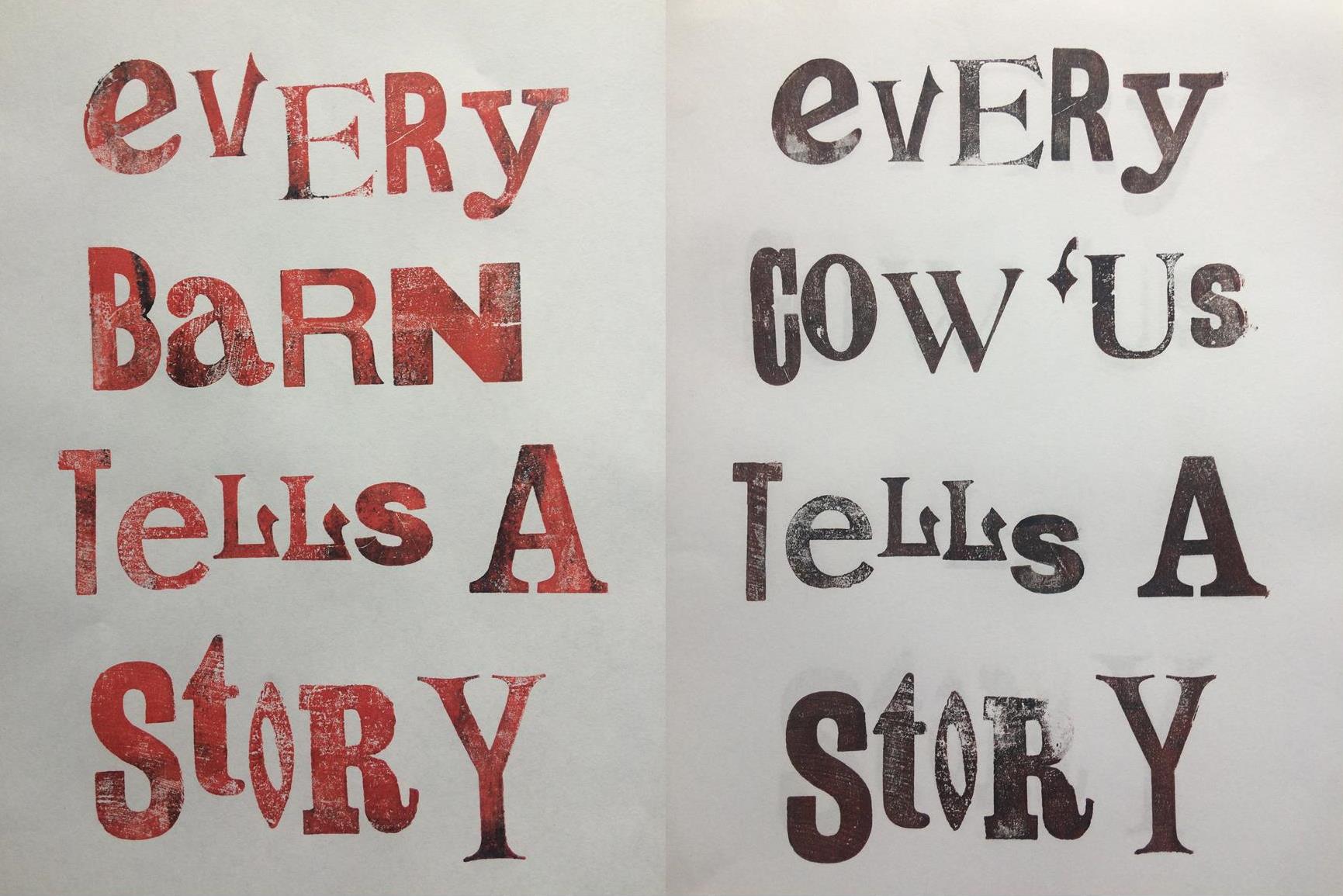 Artist Helen Peyton has been hard at work using her magnificent Victorian printing press. She has sent us this background information on it:

“Since training on a Columbian printing press at Duncan of Jordanstone School of Art, Dundee it has been my life’s ambition to be able to print on one again. So when Jane rang from Bishop Grosseteste University College, Lincoln to offer me theirs it felt like a dream come true.

Invented in 1813 by the American George Clymer, the Columbian Press was one of the first iron printing presses The eagle which perches with outstretched wings and open beak on the main counterbalance lever. The eagle isn’t ornament, it is the counterbalance weight. In its talons the eagle clutches a flight of Jove’s thunderbolts, representing war, and the olive branch of peace and the cornucopia or Horn of Plenty, signifying prosperity. Further decoration can be found on the supporting pillars and the lever and include a Caduceus, the staff of Hermes, the messenger of the ancient Greek Gods and serpents which are symbols of wisdom.

“If the merits of a machine were to be appreciated wholly by its ornamental appearance, certainly no other press could enter into competition with the Columbian.”
(T. C. Hansard, Typographia, 1825)

Moving it became the next priority, due to scheduled building works at the University, I only had a week to arrange transport and a home. A hoist and 7 sturdy men were needed to move this one and half ton cast iron beast. A sleepless night or two working out logistics, much scratching of heads, two days, a landrover and trailer and a lot of muscle proved to be the winning combination.

The press prints broadsheet or A1 so it will influence the scale and content of my work for the foreseeable future, it is giving options to work at larger scale for this project. Watch this space as I now go into the printing stage.”