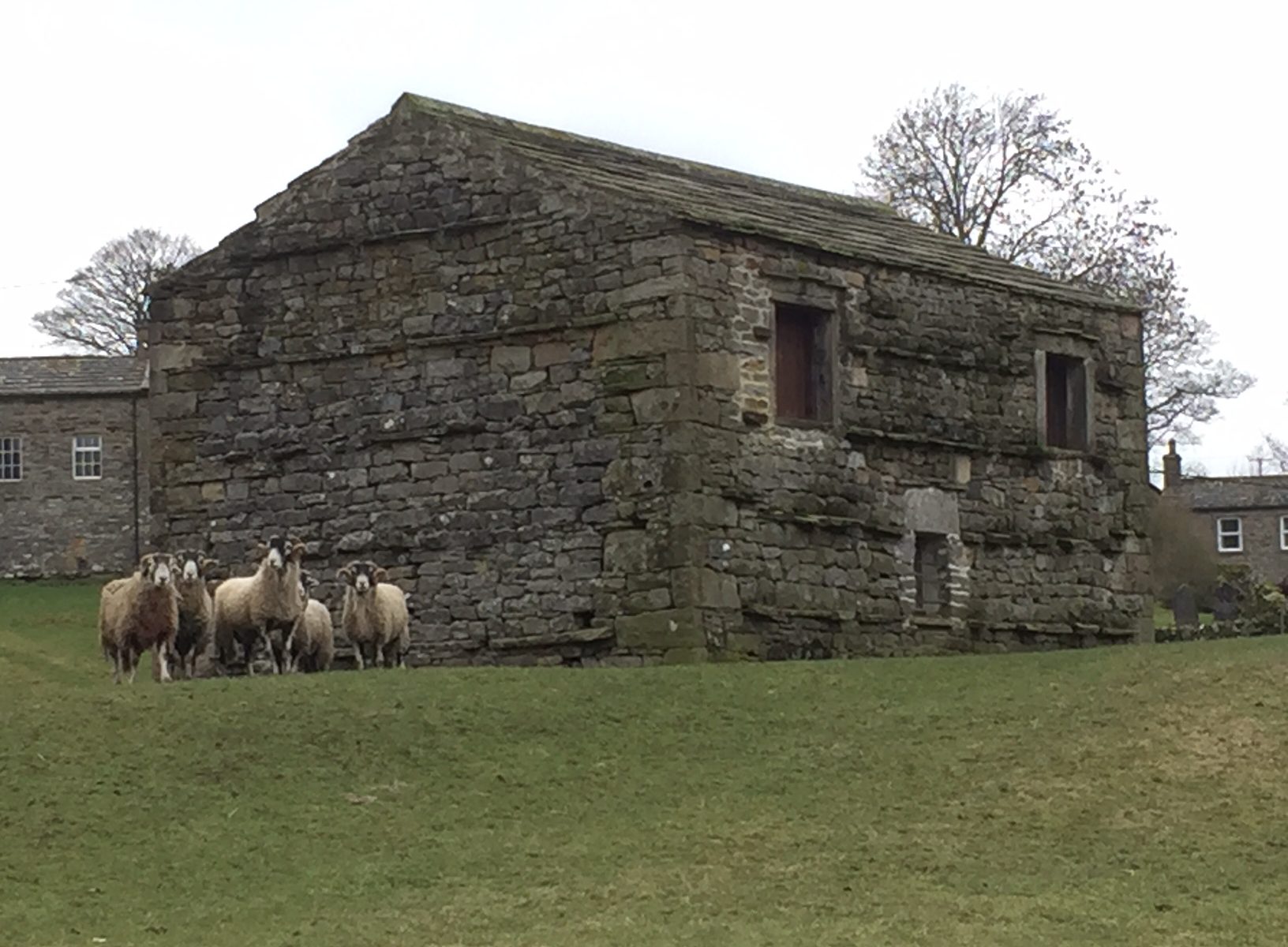 We’ve already learned lots about the sorts of things people are interested in when they visit Muker  – the barns and walls are of course top of the list. But what’s the thing that puzzles people the most? Well, apparently, everyone wants to know what those lines of sticking-out stones are for that you see on all the barns (and some field walls). They are known as ‘throughs’ or ‘truffs’ in the Swardle dialect. They are long stones that, as their name suggests, run right through the wall thus providing strength. However, we’ve heard one or two other stories….

“… these buildings were well made like, lot of these cow byres, they were all well made. …I tell you, I was once on wi’ a fella and he came and said, “What’s all them ‘throughs’ sticking out there, those truffs?” I said, “they’re for birds to shelter under on a windy day” [lots of laughter]. He said, “I’m not blimmin believing that!”