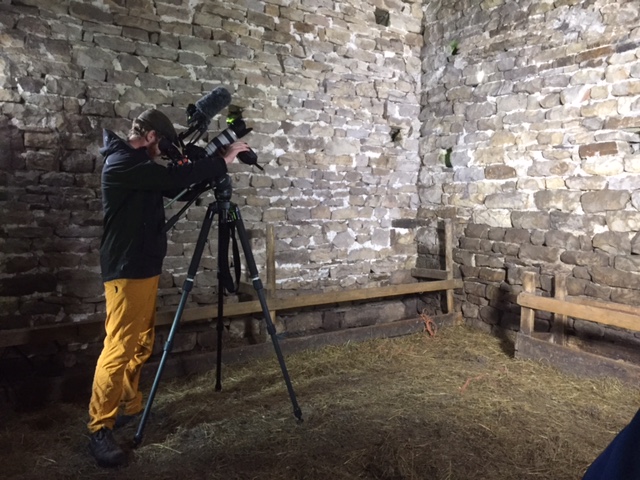 There’s lots going on at the moment including our film makers being out and about capturing footage of hay meadows and cowhouses. They began with a morning recording Karen Griffiths, the Every Barn project lead and Sue Wrathmell, the project’s historic buildings specialist talking about how to date cowhouses. They visited Willy Greens and Jordan Close cowhouses near Aygill and had a great time inspite of the showers.

We are employing a North Yorkshire-based company called Aberration Films to do most of the filming and editing and have been most impressed so far – there’s quite a bit of walking involved lugging camera and lighting equipment and the cowhouses themselves are dark and pretty dirty inside so it’s no picnic!

After filming around Aygill, the team moved on to interview Chris Calvert  talking about his childhood memories of working with his dad at various farms in the area. His wife Glenda took some great pics and has featured them on her Pry House blog