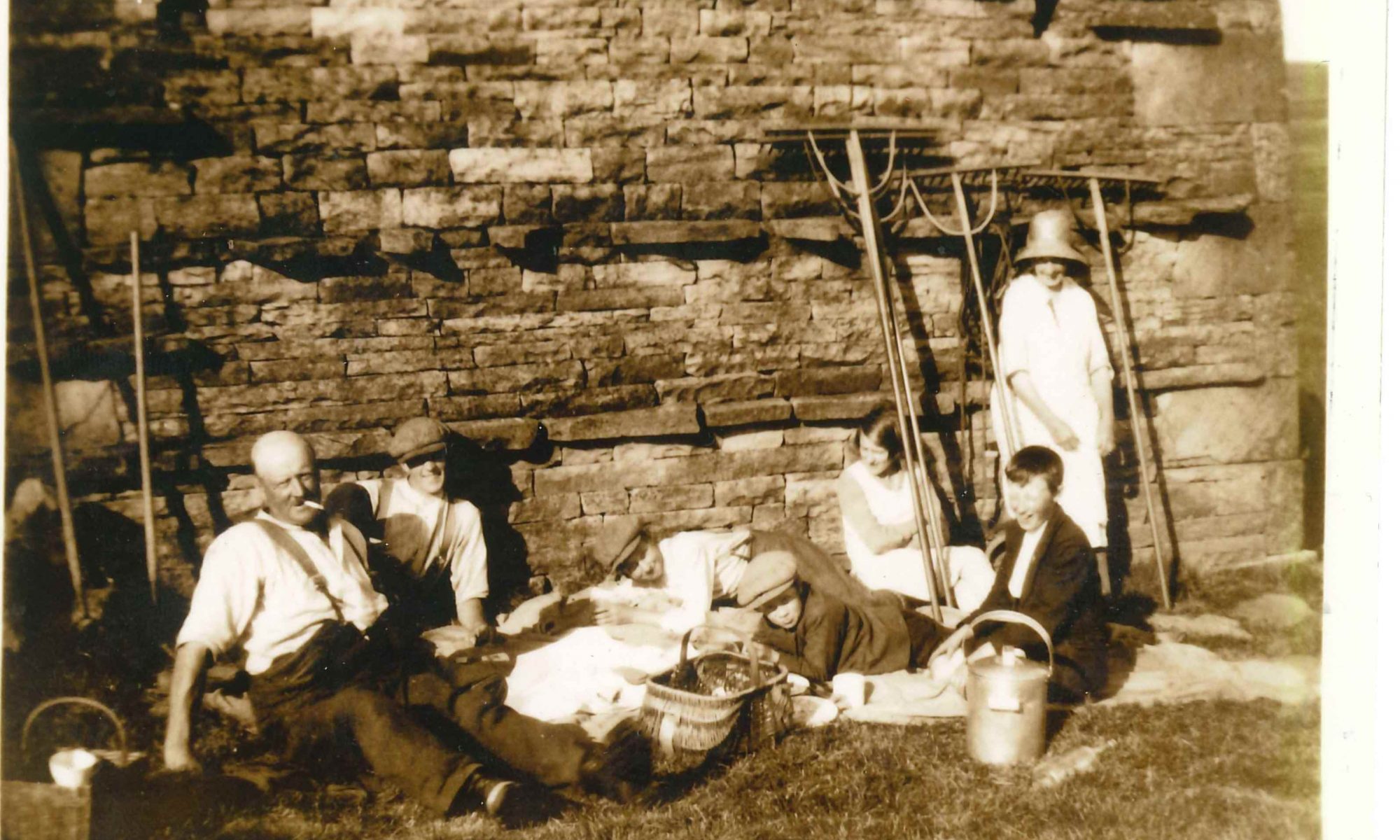 We are delighted to present the first of our specially commissioned project videos.

‘Every Cow’us Tells a Story’ introduces three of the local people who shared their fascinating cow’us stories with us – tales of snow storms; rescued tourists; ‘gentlemen of the road’ and the daily round of feeding and watering cows.

The film starts with Jennie Harker who grew up in Muker  and ended up farming at Pry House, west of Keld with her late husband Clifford. She recalls her farming childhood and then goes on to talk about the dramatic rescue by her husband of two Dutch tourists who became trapped in a barn some miles from the farm during a three-day blizzard. They survived unharmed thanks to Clifford and her efforts and remain friends to this day. Hear Jennie tell the full story on our Every Barn blog post Cowhouse stories: Jennie Harker

When the Harkers retired, Pry House was taken over by Chris Calvert and his wife Glenda. They both contributed a great deal to the Every Barn project, including laying on a wonderful haytiming afternoon with a group of local children which we described in our blog Haytiming at Pry House Farm. Chris also grew up in the area and in the film describes two stories from his childhood, one set during the terrible winter that Jennie Harker remembers, when his father took a fateful decision in a snowstorm that saved both their lives, the other when he had an encounter one dark evening with a tramp in one of the farm buildings which ‘put the fear of God in him’.

We end the film with another local, Margaret Fawcett. She describes as a child, having to feed and water the family’s cows in the cowhouses in the wintertime. Like Chris Calvert, she had a fear of tramps being in the haymew but learned in the end that they meant no harm.